Wise statistics show that Muslims represent almost 20% of the population of the world. Since Ramadan, that is, the holy month of fast, almost without fail falls during our “Western” holiday season, there is a good chance that one day you will fall into the very middle of it during your trip. We have our own memories from travels we embarked on in that period to Uzbekistan, Kyrgyzstan, Turkey or the Indian Kashmir, but in these places the tourists are exempt from the rules applicable during the “holy month”, and even the locals themselves sometimes make nothing of these restrictions. So it doesn’t make much sense to write an essay on a travel to a resort in Egypt or Tunisia during Ramadan, because I may ensure you that your drinks will taste there just the same. 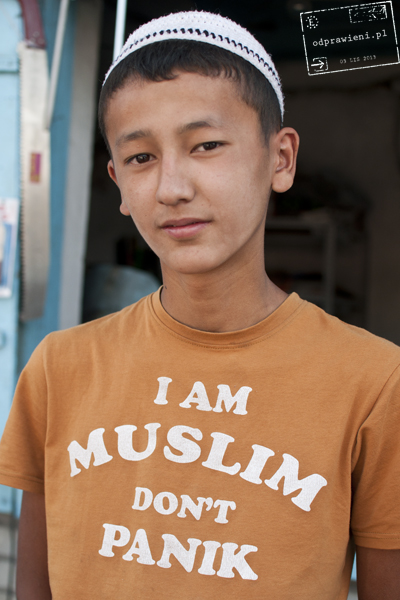 One of the countries where you may have a first-hand experience of  Islam and all traditions related to it is Iran. When we were going there, we were wondering whether we should change the date of our travel due to Ramadan. Finally we didn’t change it and what’s more, going there during Ramadan allowed us to experience many adventures, not necessarily negative. 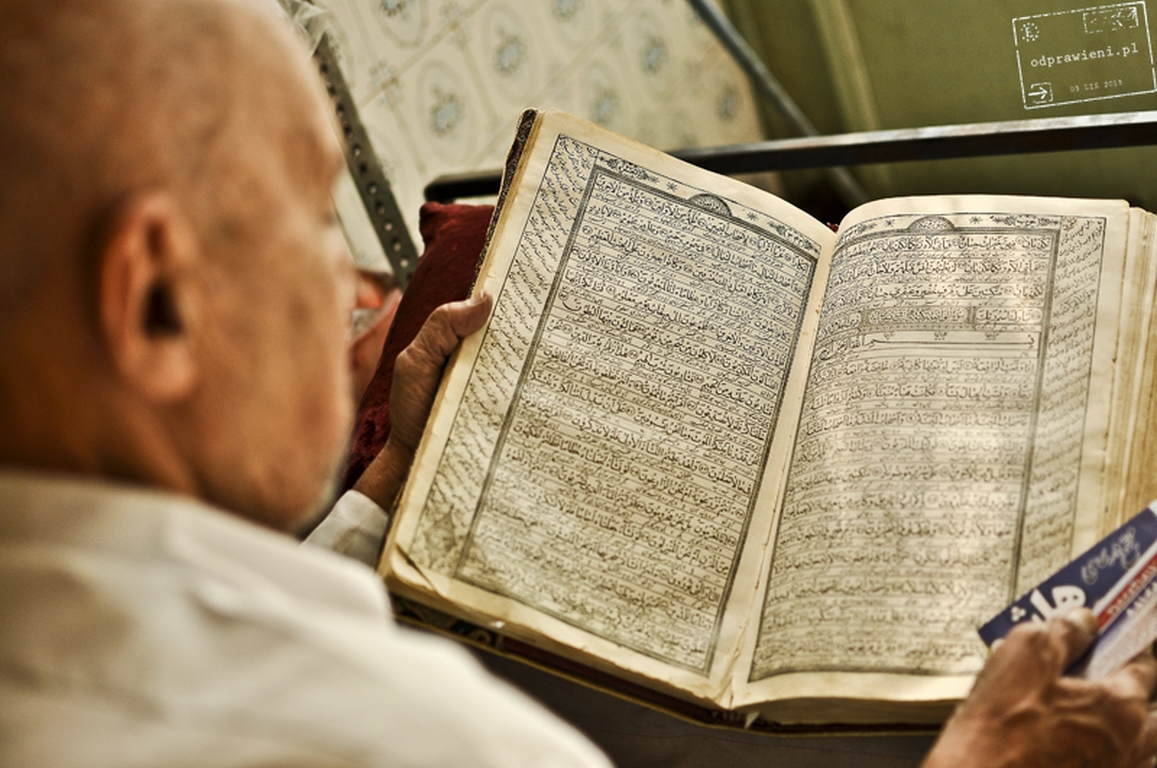 So what is it really like during Ramadan in Iran? Is there a point to go into a Muslim country during the holiest month of the followers of Islam? Probably there are as many opinions as people. I believe that there is nothing to worry about and everything is a question of good preparation and following certain rules. It doesn’t make a big difference whether you are a tourist or not in Iran. The rules apply to everybody, so you shouldn’t parade with food on the street during the day as it may expose you, at best, to reprimands of the passers-by. If you have a bad luck, you may attract the attention of the gentlemen from the dynamic religious police. So what can you do when you are simply hungry as hell and you don’t give a damn if people around you are fasting? There are several options; food can obviously be bought in a shop, but the consumption of it is more problematic We were usually helped by the locals who invited us to the back rooms so that we could eat in peace and not be exposed to comments. Yet we also experienced some thrills of emotion, however they were the kind of thrills that one remembers with a smile on his face. You probably want to ask about restaurants? They are officially closed, but the restaurateurs defying the laws of Allah found a way to bypass that. When you look closely at the urban life in the lunchtime you may notice people who seem to be innocently walking the streets and then suddenly disappear behind the mysterious doors of “no name” premises. It’s still not very suspicious but the fact that it’s absolutely impossible to guess what’s going on inside as the shop windows are completely covered with newspapers stimulates one’s curiosity. Once you open the door to such a place, you will most probably see a rather numerous group of sinners stowing away at tables laden with food. The religious police doesn’t wander into such places… there seems to be some social permission for such practices. If you want to eat something lawfully during the day in Iran during Ramadan, all you need to do is to… be travelling, e.g. on a bus. The travellers (on trains, buses, planes) are not obligated to keep a strict fast. Snacks and drinks are even distributed on the buses. Interestingly, the clients of the public transport are not exempt from fast as the principle applies only to long-distance travels. By the way, I was wondering if during Ramadan the number of people travelling across the country increases dramatically or not. I read somewhere an interesting conclusion that during Ramadan people are more ill-tempered due to all these self-sacrifices. I’m not sure I agree with this, especially as far as Iran is concerned, where people, hungry or not, are always very hospitable and friendly.  It’s not even the question of place… those for whom it is really the most important month in the whole year take it really seriously and don’t take their anger out on the nonbelievers. The rest is only putting on a Ramadan mask and simply pretends to be religious, and at the same time imbibe and graze and do other forbidden things.

There are also advantages of that fast during the day. After the sunset everybody is trying to catch up at home and restaurant feasts. It may not be the healthiest thing to pack into yourself several thousand calories at night, but what a man would not do for Allah?! It’s an interesting experience to meander the city streets after sunset and watch families sitting in restaurants treating themselves to the local specialties. 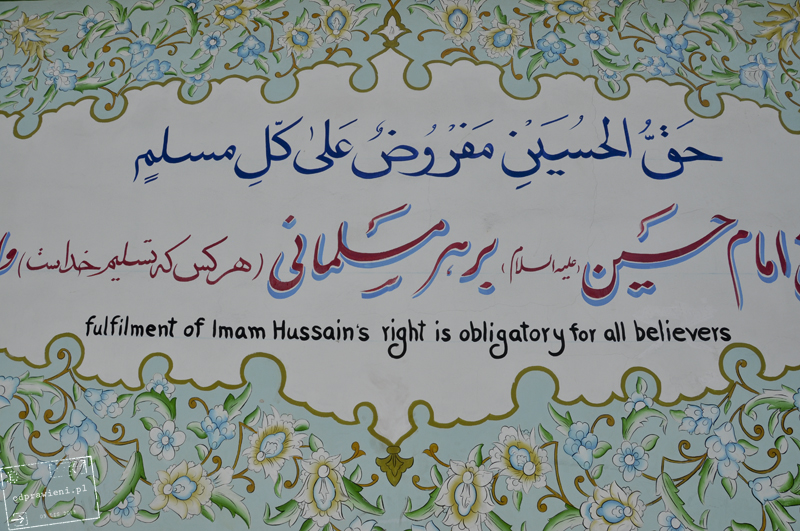 Some of you may wonder if mosques are less available during Ramadan, when the frequency of prayers increases. Are there any limitations? No, there aren’t. It doesn’t matter if the mosque is empty or full of praying believers … we weren’t forbidden to enter any mosque, not even once. If you are appropriately dressed (long trousers, long sleeves, a scarf in case of women) nobody should prevent you from entering. And you definitely SHOULD go inside during prayers because the atmosphere you’ll feel there will stay with you for long. Another topic-what you should wear. There aren’t any particular requirements concerning clothes. During Ramadan, as well as when it’s over, the rules are the same. Do not expose your body. It’s important in Iran as the morality police never sleeps and it’s possible that somebody will admonish you that your blouse is too short.

Right… and one more thing -we would like to calm down all inquisitive ones. Banks, shops, public transport and all such institutions/companies operate normally. In general in Iran when the heat is most intense (between around 11a.m. – 4 p.m.) life in cities declines. Everything is closed and people simply search for shade in the privacy of their homes. However, it has nothing to do with Ramadan, but rather with the relentless heat.

If you are indeed planning a travel to Iran during Ramadan, try to organize your stay there somewhere near its final days. Every country has its own customs, but usually the ending of the month of fast and sacrifices means one big party and blow-out. You are not going to witness it on any other day of the year. 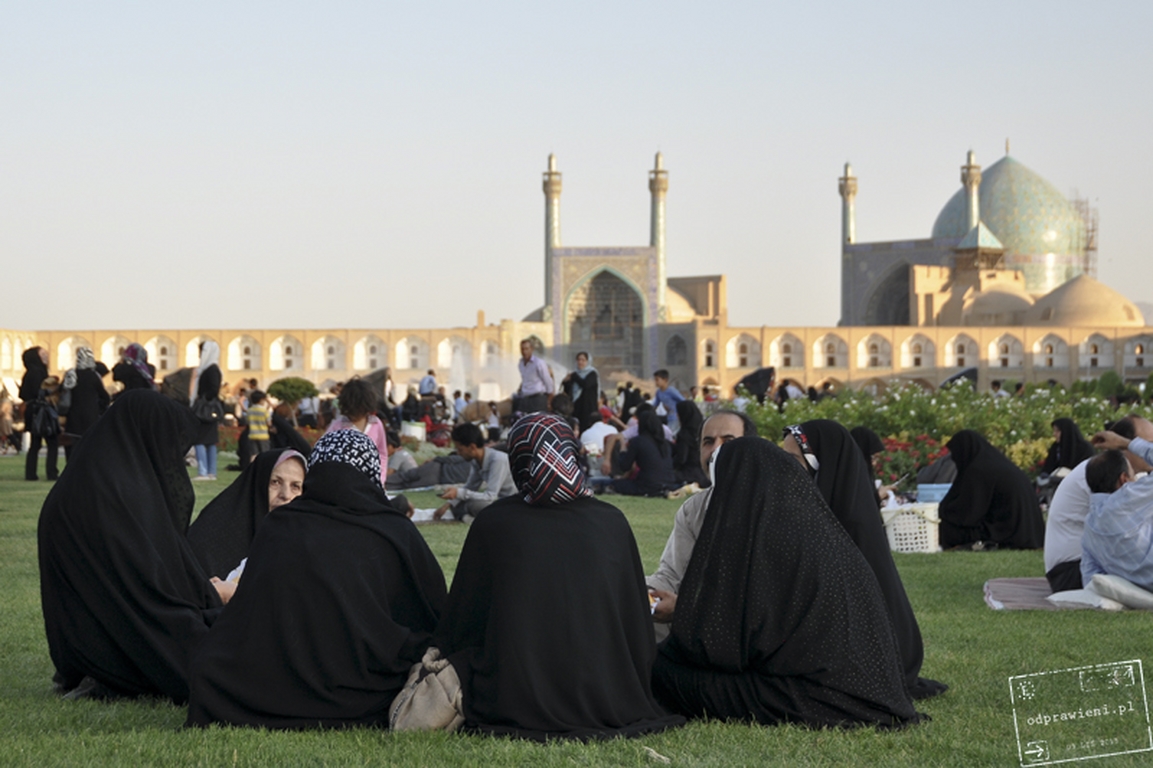 And what about safety? It’s all right in general, but that is only my subjective opinion. Probably if you wrote a letter to the Embassy asking about safety in Iran during Ramadan, you’d get an answer that it’d be better to consider some other date of arrival. It’s have been comparatively peaceful in Iran recently; there were no attacks in mosques etc. In the past the bombers usually attacked in that period. Why then? It’s simple -that is when mosques are bursting at the seams and the potential fire range is bigger. Yet nothing disturbing happened during our stay and we felt safe there.

As you could see, that Ramadan is not such a big thing after all, isn’t it? Maybe you also have some experiences connected with it?

Error: API requests are being delayed. New posts will not be retrieved.

Error: API requests are being delayed for this account. New posts will not be retrieved.