Bukhara is a kind of foretaste of Khiva. Here as well the time has stopped hundreds of years ago and when you come here, you experience the atmosphere of a medieval Islamic city. Bukhara literally bursts at the seams with its countless old madrasahs, mosques, mausoleums, minarets and other historical buildings forming a background for the everyday life of its citizens.  People pray in ancient mosques, women carry shopping bags and kids come back from school and casually pass buildings erected centuries ago. 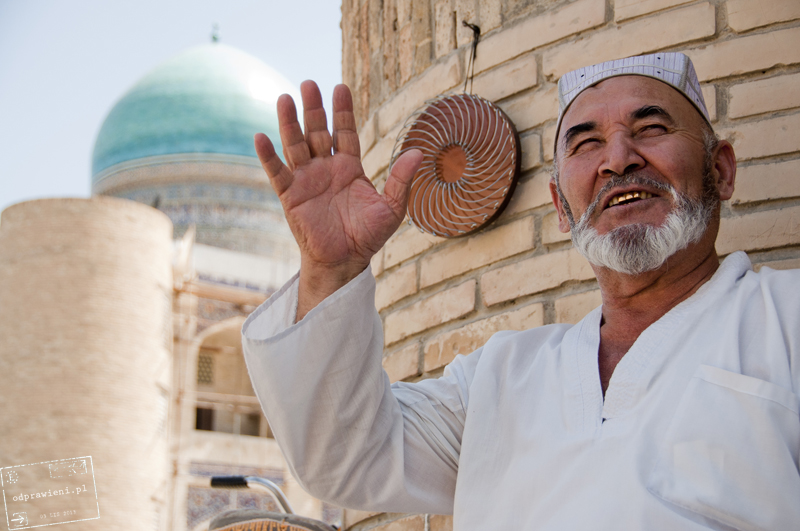 Although the gesture looks like greetings, during our conversation this welcoming citizen of Bukhara was in fact spinning some tales about Poland… 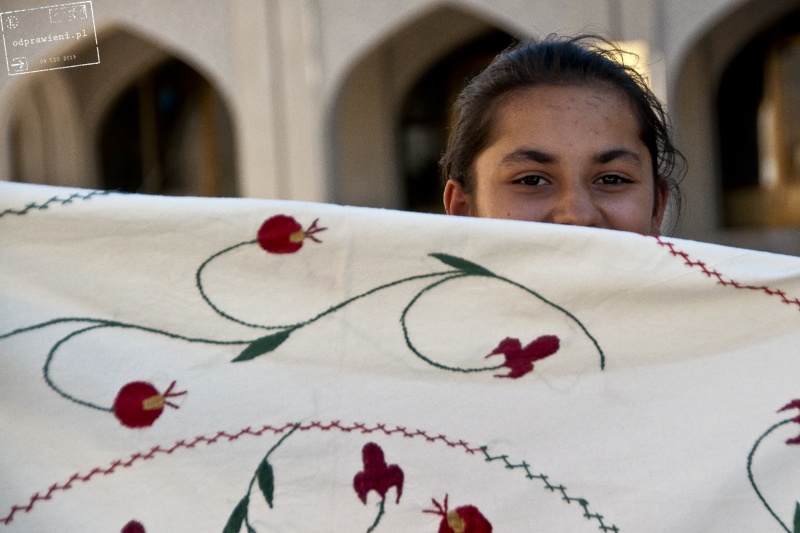 Trade is omnipresent here but it’s worth mentioning that the further to the west of Uzbekistan, the less of the Chinese crap and the more of the traditional handicraft… 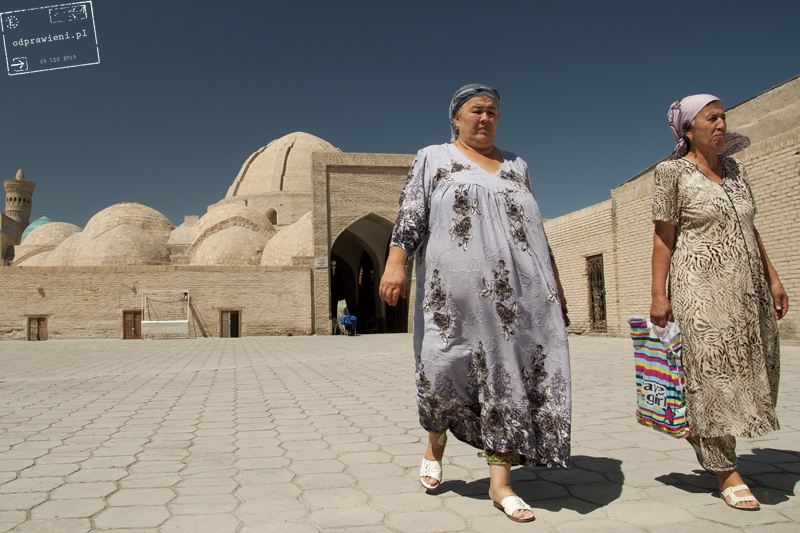 Bazaars have remained intact, operating for hundreds of years in the same ancient buildings, often without electricity, their only source of light being small fortochkas in domes…

Some old buildings have been turned into shops or service undertakings and they live their second lives. Compared to Samarkand, Bukhara is cozier, its architecture less monumental and although it attracts hosts of tourists with its beauty, it is also a calmer city where one can relax. The only thing that may bother you here are rather pushy sellers offering various souvenirs, but where the tourists go, they go. We recommend walking along small lanes going out of main streets where you can meet citizens of Bukhara who are so cordial that they even sometimes invite foreign tourists for tea. 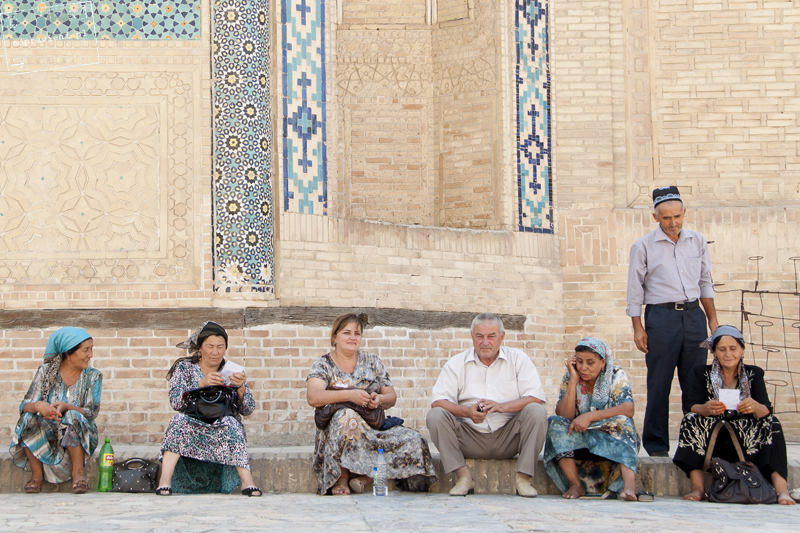 The old town in Bukhara is not some special zone for show; it’s a place where everyday lazy life is lived in the shadow of history.

– Stunning Po-i Kalyan square with still operating Mir-i-Arab Madrasah, Kalan Mosque and Minaret called a “Giant”, which is a hallmark of Bukhara

– Lyab-i Hauz – a pond surrounded by beautiful madrasahs, which is a true heart of the city and a favourite meeting point for residents of Bukhara

– Atmospheric handicrafts marketplaces remaining in operation since the 16th century: Taki – Sarrafon, Taki – Zargaron and Taki – Telpak Furushon, where apart from shopping, you may also look at the locals busy with their handiwork 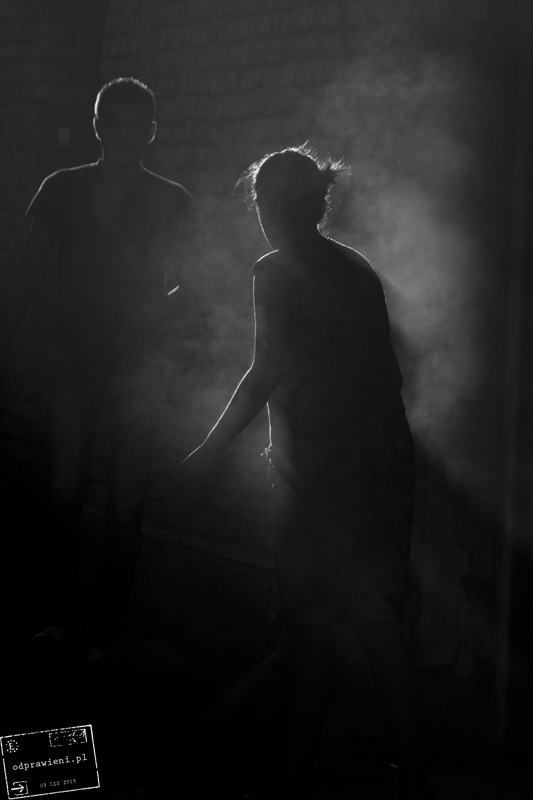 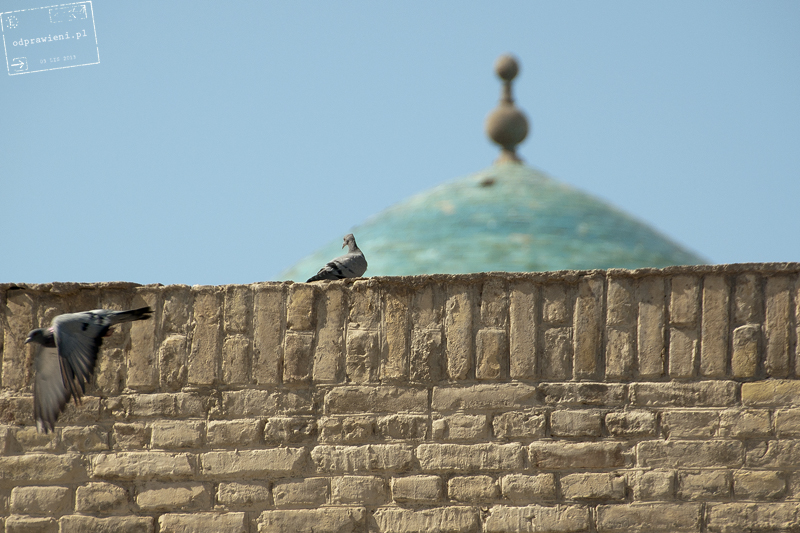 Lab-i Hauz pond with a fountain forms both a geographical and social centre of the city, especially in the evenings when tourists and the citizens of Bukhara alike rest from the heat of the day sitting on benches and eating in restaurants. Bukhara is called a living museum so there is no shortage of monuments worth seeing; it’s difficult to list even some of them. The city’s hallmark is Po-i Kalyan which is an exquisite architectural complex consisting of a huge Kalan Minaret, Mir-i-Arab Madrasah and Alim-Khan Madrasah. Other must-sees include Ark Fortress converted into a big museum complex where tourists may see madrasahs, mosques, ruins of the defensive walls, coronation hall and a few museums. 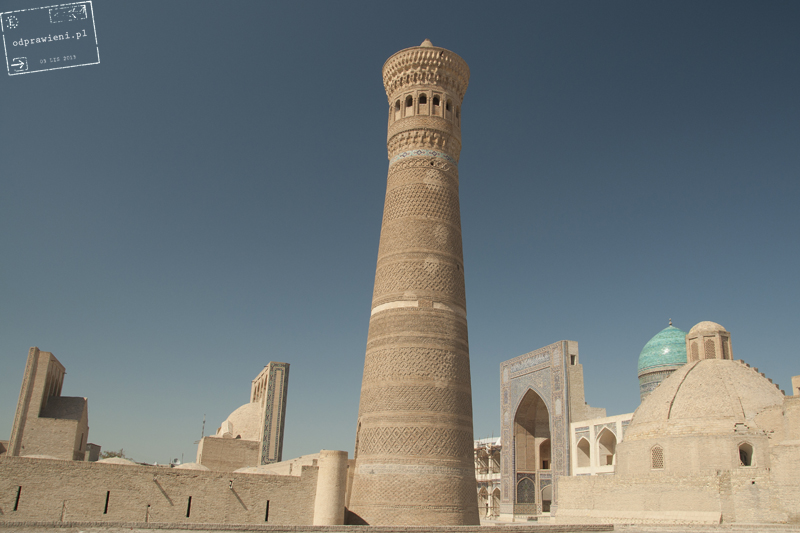 45-meter-tall Minaret Po-i Kalyan towering over the city unfortunately is (or at least was) closed for tourists. We tried to persuade the guard to let us in all manners of ways but alas, he was unyielding. 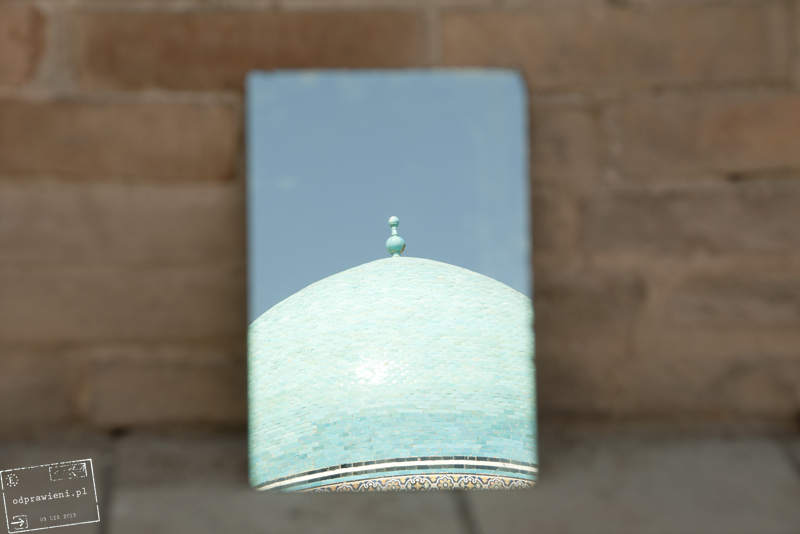 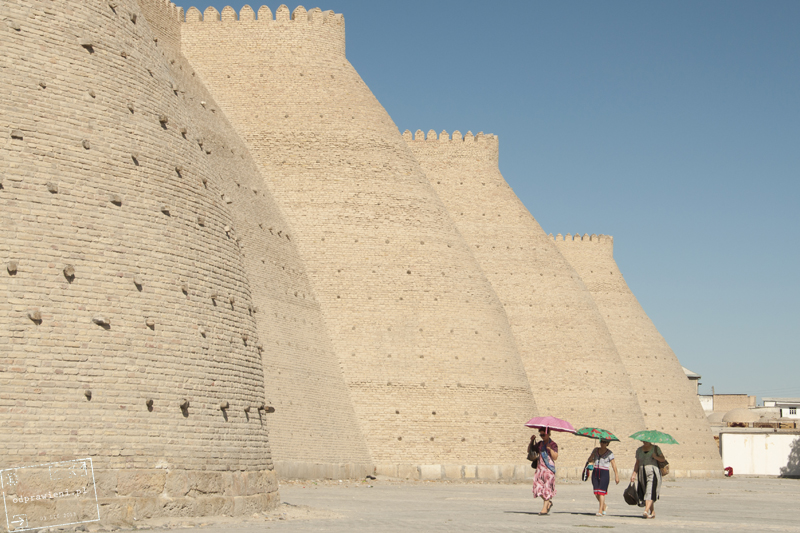 Ark – a fortress from the 5th century, which is now one big museum. Although it’s located at the outskirts of the city, it’s definitely worth visiting. 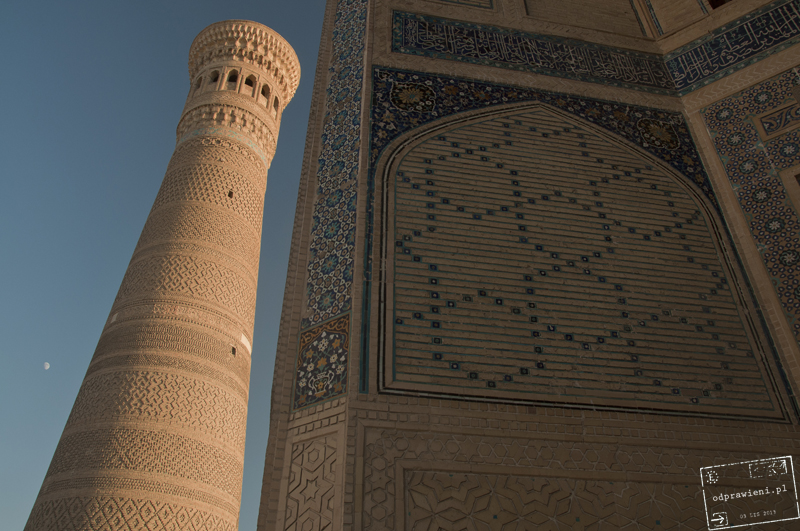 The minaret stands between the two madrasahs facing each other – Mir-i Arab and Alim-Khan.

The minaret is perfectly preserved – maybe it has been finally opened for tourists? Does anybody know? 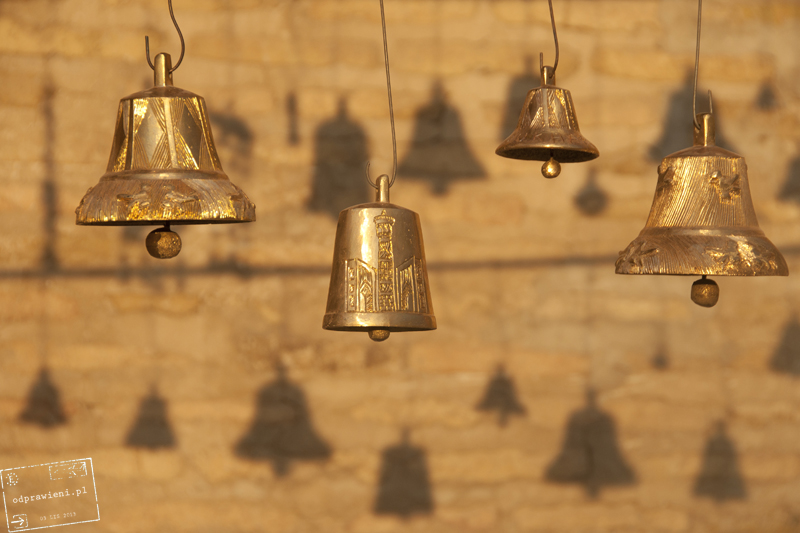 At sunset Bukhara (like any other desert city) becomes really magical. That play of lights… 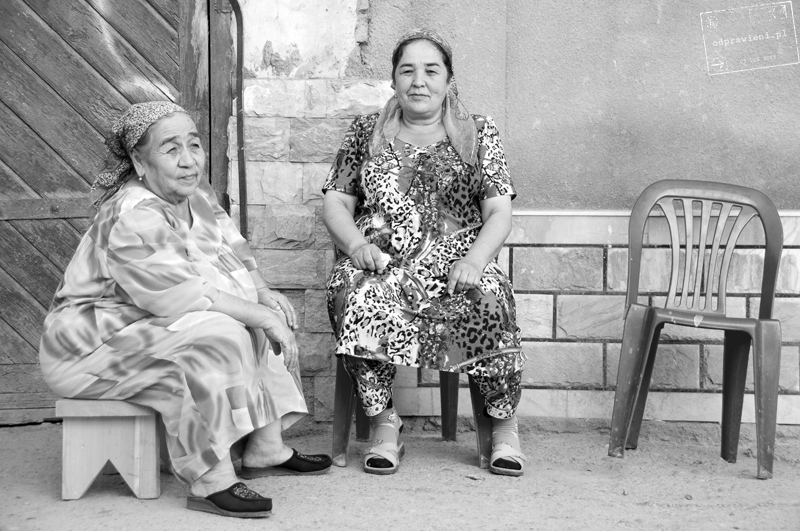 And ordinary life goes on… in the maze of side streets… I like it!