Land of absurds… Uzbekistan with a pinch of salt

Such a situation: Lunchtime, Khiva, Uzbekistan. Hot as hell, the sun is simply scorching. As we are almost starving, we begin to look for a place which would pamper our palates and fill our empty stomachs. We finally choose a restaurant bearing a very catchy name” Yusuf Yasavulboshi”. We enter the place confidently and we instantly sense a cool and nice breath of air that tells that the air conditioning is working properly. We are welcomed by a smiling waitress. Remembering well our previous experiences, we ask her for a menu. It’s a common thing in Uzbekistan that restaurant menus are bursting at the seams with the multitude of dishes offered, although in reality one may count on 4 types of food. Being aware of that, we begin from asking the waitress about the available courses… However, to our surprise, it turns out that we have some choice and most dishes are available. 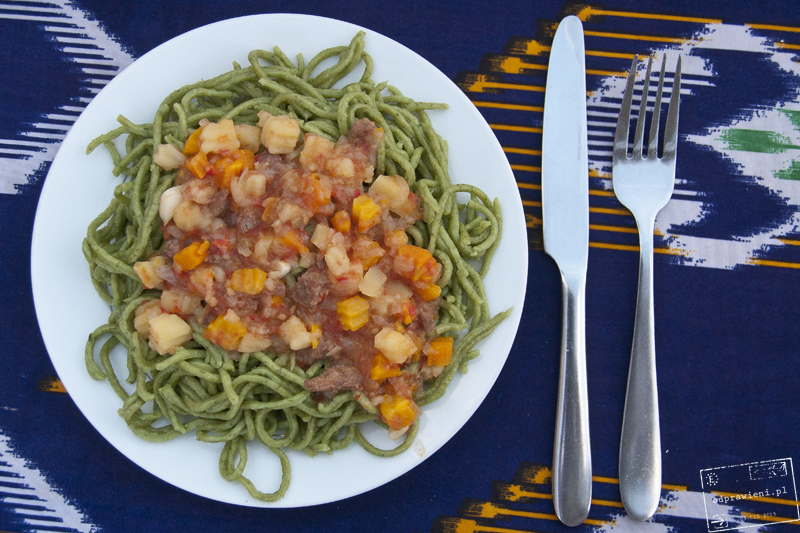 After an initial interview we decide to stay there and we sit down by a big table. There aren’t many people in the restaurant. In fact, out of the corner of our eyes we can see that only one table apart from ours is occupied by eating men. A waiter appears very quickly and begins the ritual of laying the table. Without any haste he brings plates, glasses, arranges table napkins and pours the beer we have previously ordered. After a short group deliberation we are ready to place our order. The water comes with a notebook and carefully writes down all our culinary whims. At the end we ask him for how long we would have to wait for our meal and we hear an answer which catches us totally off guard:

-“We start serving dishes at 7 p.m.” -the waiter confirms once more.

-“So why the men at that table are eating ”  -we ask enquiringly.

-“Those are our cooks, they’re having supper.”

-“And why didn’t you tell us at the start that we would have to wait for our order for 3 hours?” -we ask with growing irritation.

And now we receive no answer, only a shrug of his shoulders and embarrassed expression.

Extremely annoyed and even more hungry, we leave. When our anger passes and we eat to our hearts’ content, we laugh at the whole situation and at the same time we wonder all evening where we went wrong. We’ve learn the lesson and now we know that we should add a question about the waiting time to the list of obligatory questions of the initial interview. As we found out, the answer to that question may be very surprising.

Another situation: We are still in the same thematic scope. This time we aren’t hungry but thirsty. It’s a hot morning so we start dreaming about iced coffee. Walking along the main promenade of Khiva we notice words: “ICED COFFEE”. Without complaining we enter at once, sit down and place an order. This time, to our great joy, we are served instantly. After only two minutes a satisfied waitress is coming to us with the much desired drink and we are surprised once again: there is no that fluffy cloud of whipped cream, no long slender spoon for digging out ice-cream from the bottom of the glass, and no ice-cream at all for that matter. The drink we were waiting for so much turned out to be an ordinary black instant coffee with a symbolic ice cube…

Daewoo. Most of you probably associate that name with a make of cars popular in Poland – we produced them in our country after all. When we start to look closely at the streets right after crossing the Uzbek border we immediately notice that there are virtually no other cars. There are only Matizes, Nubiras, Nexias… all of home Uzbek production.  There are also quite many Chevrolets, also produced in Daewoo production plant. Tat observation instantly provoked a question: What is going on? The answer is simple. In the 1990s, when the production of the cars of that brand started, a very high (~100%) import duty was imposed on cars from other countries in order to boost the domestic economy. In the end, the import of cars became completely unprofitable and it is now a privilege of truly well-off people. One may see some Mercedeses or Hondas in Tashkent only, and even they pass the streets pretty rarely. Outside the capital you’ll have a hard time looking for something else than Daewoo cars. Interestingly, the president of Uzbekistan is believed to drive … a Mercedes. But then, there is the saying: do as I say, not as I do… 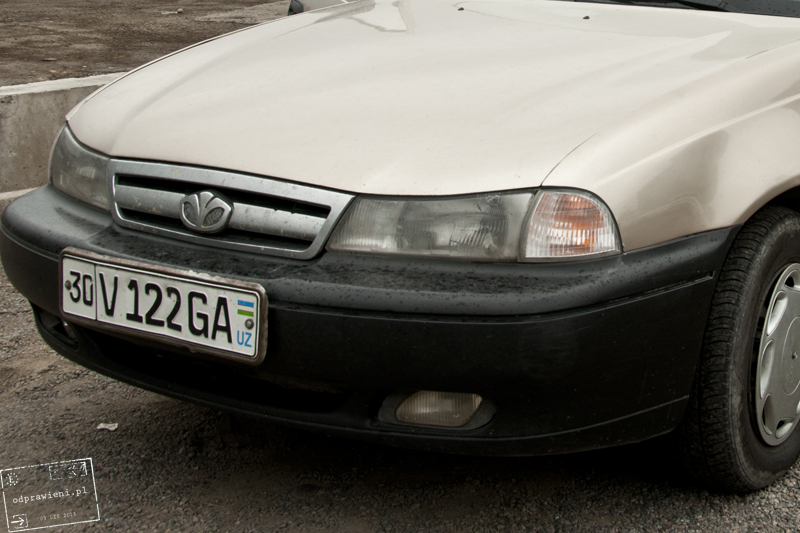 We’ve already written about it in our post “My first million”. In Uzbekistan people carry money not in wallets but in plastic bags. During our stay there the highest denomination was 1000 som, what corresponds to the amount of  0,32$ ! It’s easy to imagine and calculate how much space would several hundred $ exchanged for soms occupy! You’ll not find there any ATMs, I think that outside the capital city we didn’t see even one. How often do they have to supply ATMs with cash, I wonder. A van of bills per week or two? 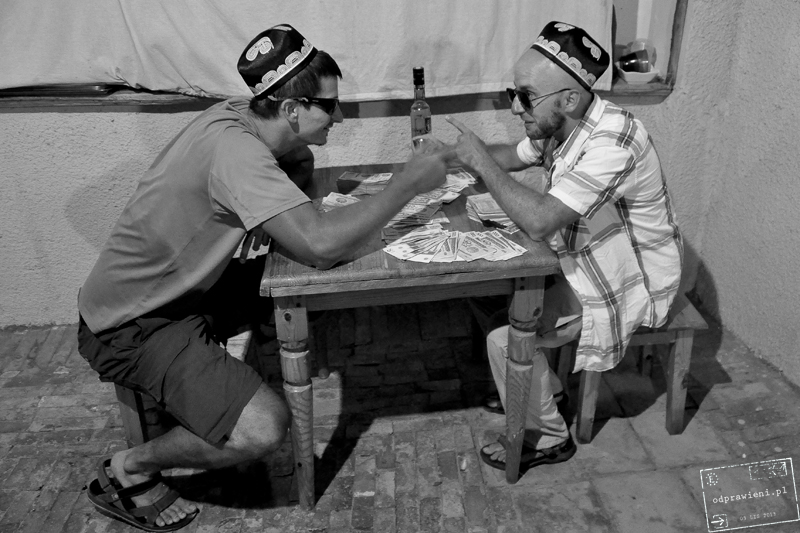 “Uzbekistan is located in dry and warm type of temperate climate zone. The factors determining such climate are considerable remoteness from sea and immense space area of the Asian continent. The southern edge of the country has dry subtropical climate.”

That’s what Wikipedia tells us. Is it possible to grow cotton and rice in such climate? Maybe we should remind your at this point that production of 1kg of raw cotton (2 pairs of trousers) requires “only” 29000 litres of water! The authorities, however, don’t seem to mind and that circumstance didn’t prevent them from cultivating cotton on nearly half of the land. In Uzbekistan one may see also flooded paddy fields. How do they irrigate the fields? A network of irrigation canals has no problem with that. The water is supplied by Syr Darya and Amu Darya rivers. The only downside is the fact that irrigation is performed at the expense of sacrificing the drying Aral Sea, the area of which has shrunk since the 1960s by over 80%! 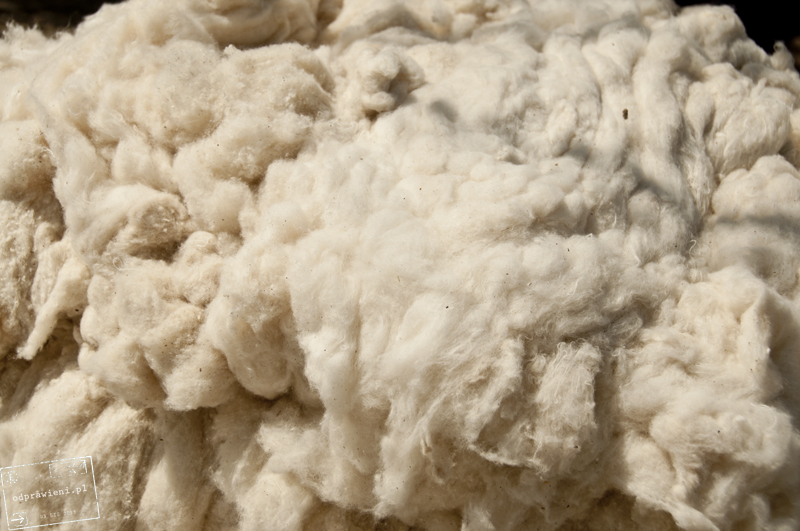 The manner in which the authorities are trying to encourage the “western” tourists to visit Uzbekistan is another pretty curious thing. Entry tickets for local, domestic tourists are much cheaper than the tickets for foreign tourists. Here reigns the Registan, landmark of Samarkand and the whole Uzbekistan. Western but not necessarily rich tourist is charged for admission 20 times more (!) than the tourist from Uzbekistan. It’s hard to circumvent the principle -you may try to bribe the guards, policemen, ticket sellers … or enter the objects through side entrance, what is also possible. 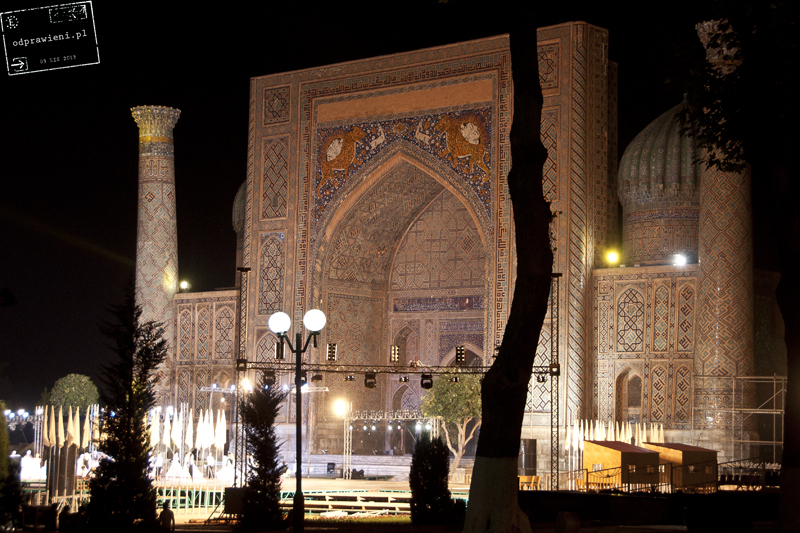