Top
Home  >  Uzbekistan   >  Khiva… who stopped the time there?
Uzbekistan

Khiva… who stopped the time there?

Located nearly on the border with Turkmenistan, Khiva is the icing on the cake for those who wish to feel the lazy atmosphere of the Silk Route. Not many tourists reach the city as the trip through the desert is quite challenging, but it’s well worth it! The city is divided into two parts -the new Dichan Kala and the old one called Itchan Kala, hiding behind city walls erected in the 10th century. The labyrinths of streets, winding among mosques and minarets, families living there for generations and tranquility of the place will make you forget about the whole world. The city is basking in the hellishly hot rays of the desert sun. There are no tourist zones and whether you want it or not, you will travel back in time to the era of caravans; you’ll experience the atmosphere of an oasis in the middle of the desert where one can rest for a while before continuing the journey and become part of it for a moment. The old town occupies a relatively small area but no matter how many time you follow the same routes, each time you will make new discoveries and gain new experiences. 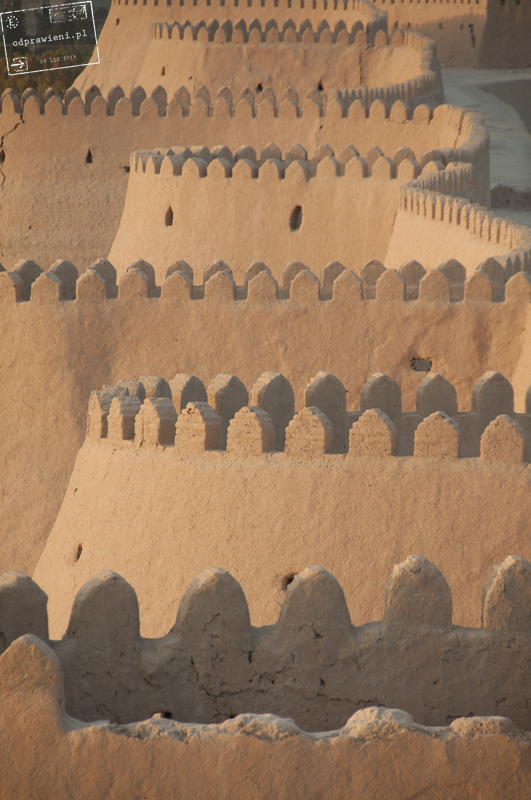 Once you get behind these walls, you’ll lose the sense of time

Panorama of Khiva at sunset. You cannot miss admiring the view at that time of day… it’s fabulous. 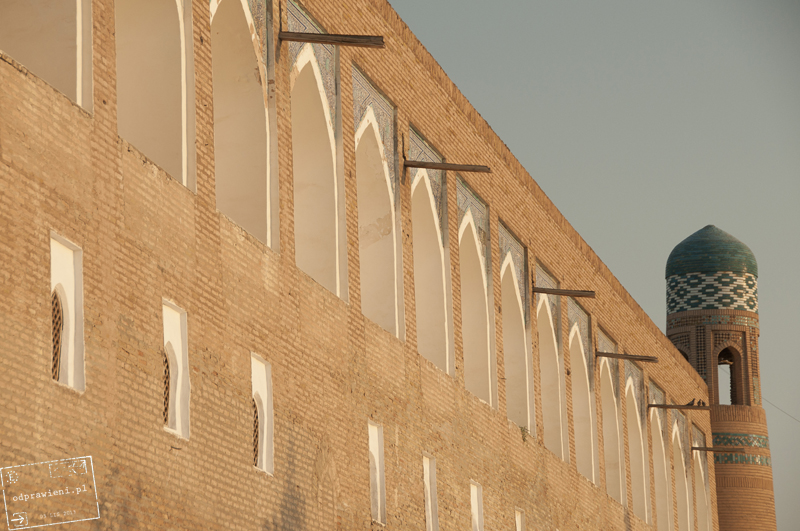 The old town is one big museum

It’s a place where you don’t have to and in fact don’t need to hurry as everything is close at hand. The central part of the old town is a pedestrian zone with souvenir stands and restaurants. When you lose yourselves in choosing travel souvenirs, you’ll notice the reason why Khiva is such a magical place. Apart from a few tawdry stalls, which can be found everywhere, the sellers offer real pieces of art created just around the corner in their backyard workshops. You should go and see these craftsmen-artists at work. Sometimes several generations labour together in these local workshops, carving chess pawns or etching various patterns on pieces of furniture. 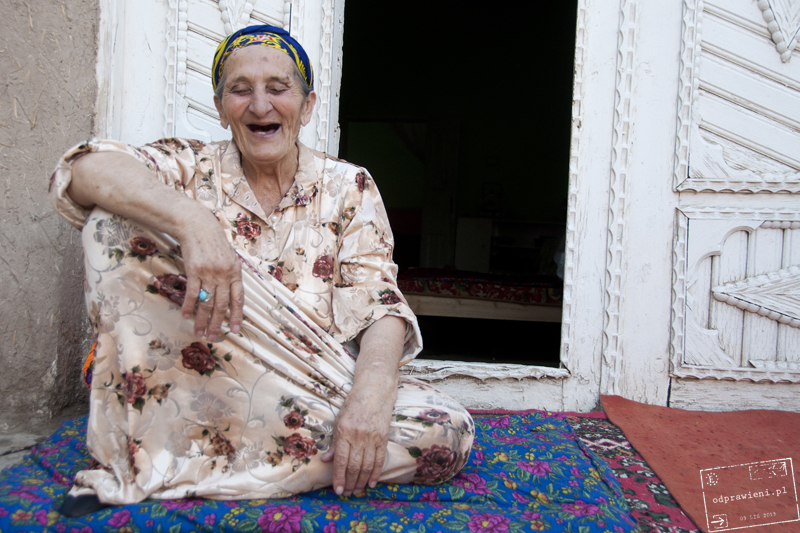 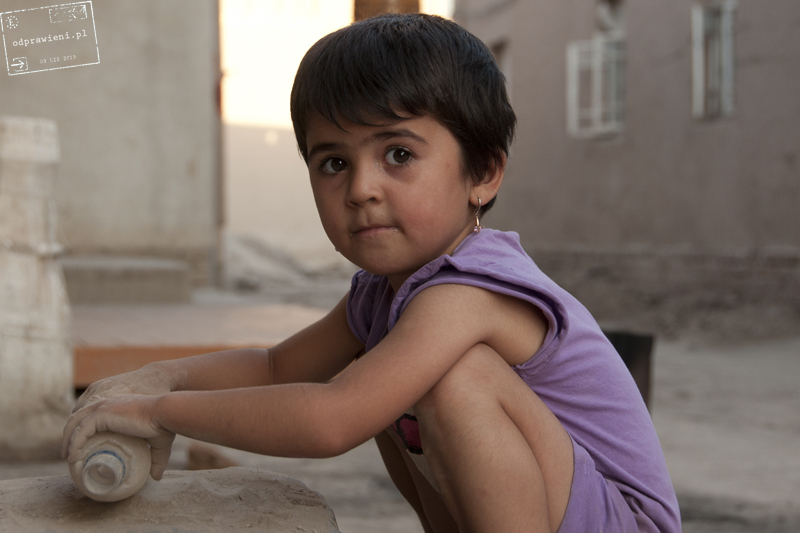 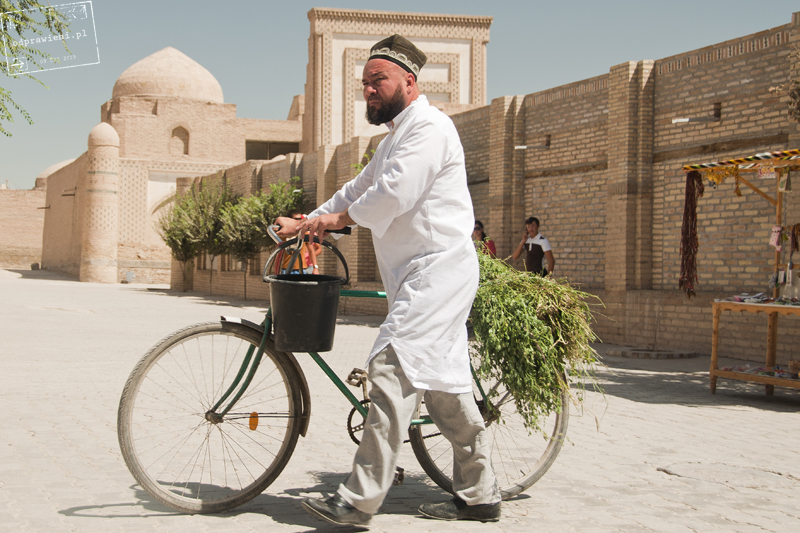 The main pedestrian area of the Old Town… 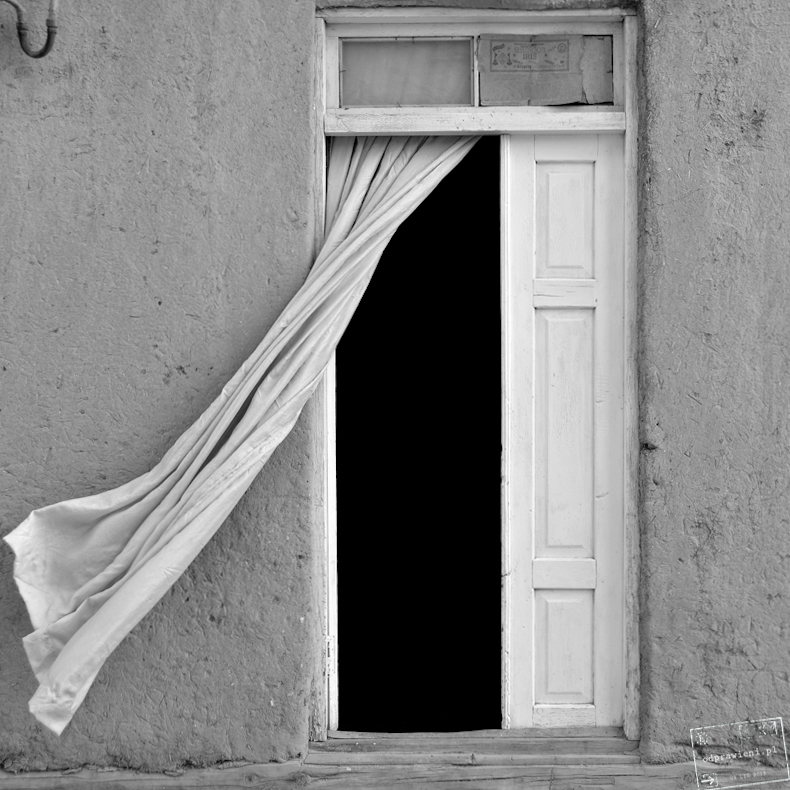 Somewhere off the beaten path….

The city is dominated by: Islam-Khodja Minaret, Juma Mosque’s Minaret, from which one can see splendid views of the surrounding area, and Pahlavon Mahmud Mausoleum. Another perfect place for enjoying views of the old part of the city are the walls surrounding Khiva. Tourists may ascend them for a small charge. We strongly recommend going there at sunset -lifelong experiences are guaranteed. 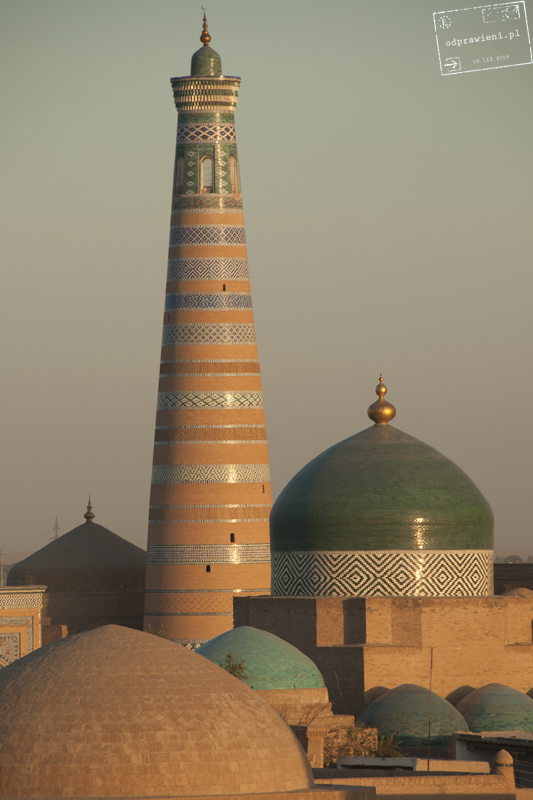 The most characteristic building visible from almost every corner of the old town is Kalta-Minor Minaret. It was supposed to be the tallest minaret in the whole Central Asia, rising up to the height of around 80 meters, from which one could see the whole road from Bukhara to Khiva. Unfortunately, the construction of the minaret was interrupted by death of the main sponsor of the project. As a result, the tower is only 29 meters high and has an untypical shape of a huge chess pawn. It is decorated by impressive patterns formed by ceramic tiles reflecting the sunrays. 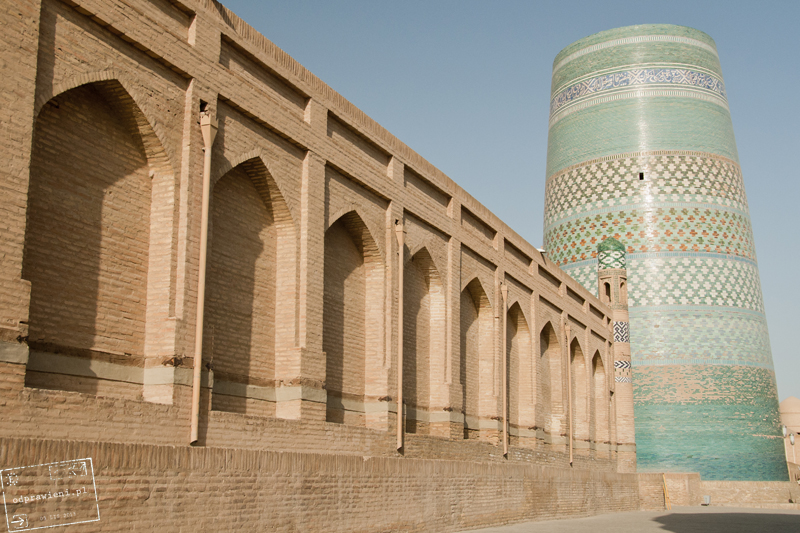 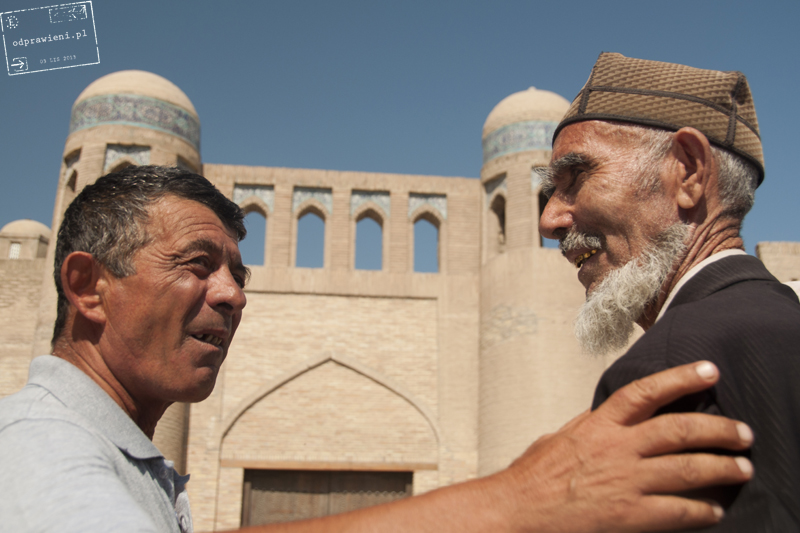