Before you pack and go here are top ten facts about Transnistria that are actually myths, just common misconception. To clarify what is true and what is a lie here comes native insider, artist, intrepid tour guide and media fixer, Anton Dendemarchenko.

1. Transnistria is a country, that doesn’t exist

Transnistria does exist, official name of the country is Pridnestrovie or Pridnestrovian Moldavian Republic. It is an unrecognized state in eastern Europe between Moldova and Ukraine. It does exist, you can visit the country, and more importantly, it is a must-see. 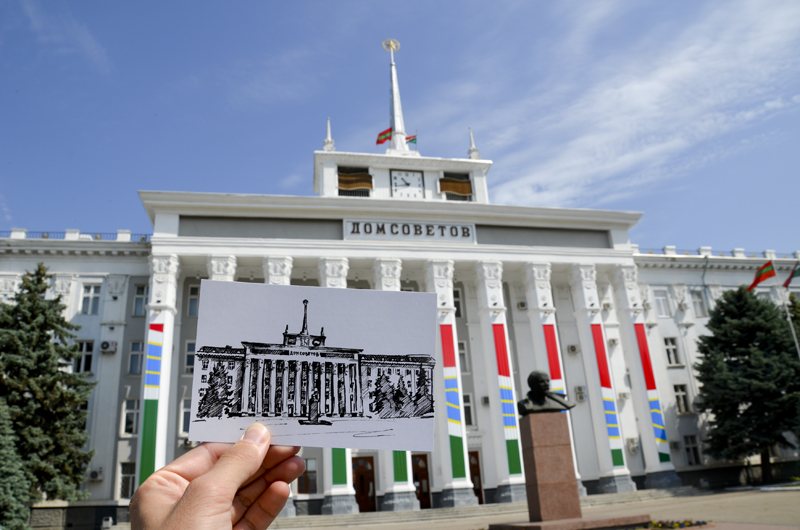 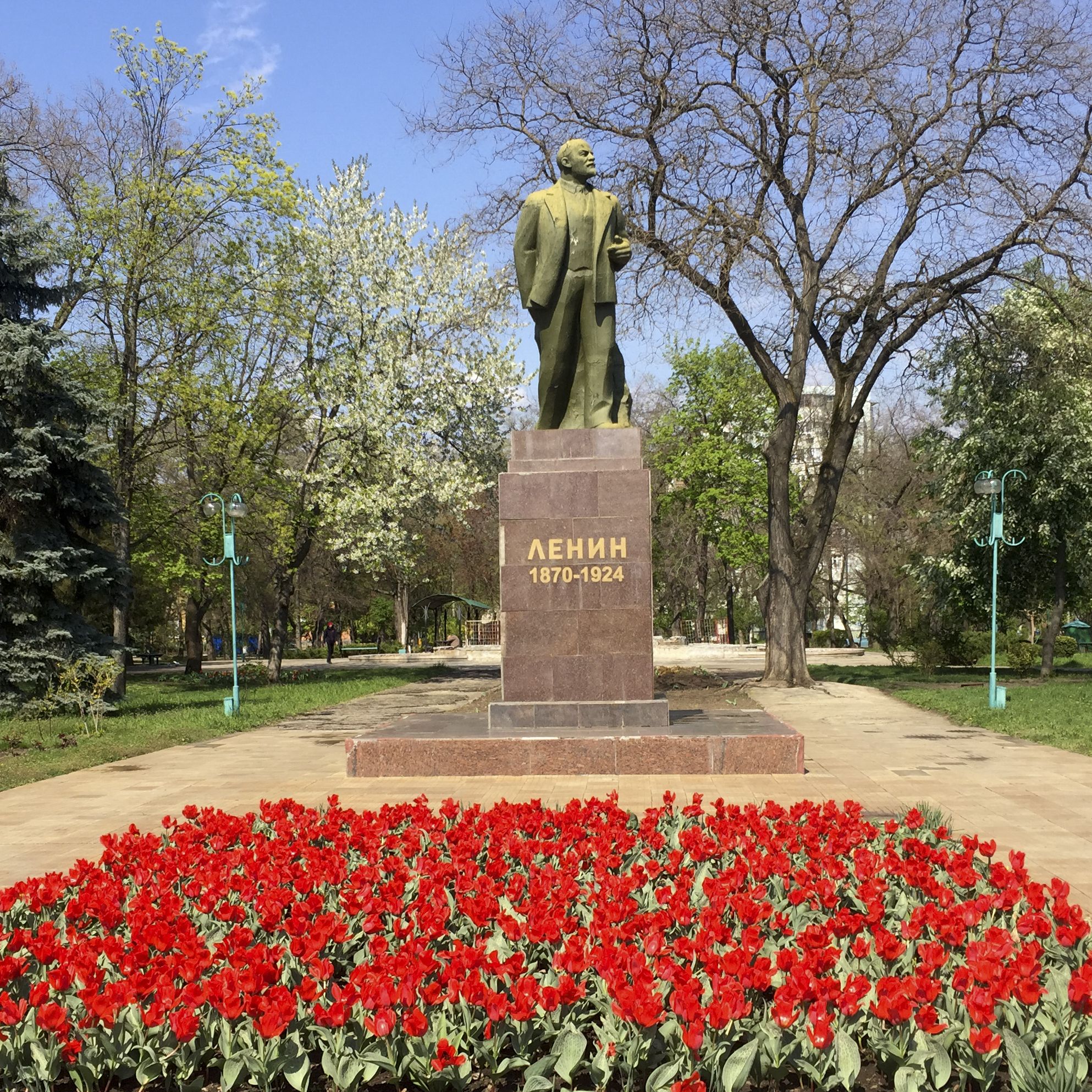 There is no ongoing war in Transnistria, no hostile separatists in the streets carrying Kalashnikovs, no any danger for visitors. No bribery at the border and zero risk of being robbed during your trip. It is really hard to get in trouble in Transnistria, you have to exert great effort to screw up.

3. Transnistria is a communist country

Transnistria is not “the last communist country in Europe”, not a communist country at all. It is democratic republic, the head of the state is the President. Lenin is not the president of Transnistria and never was, though his impressive monument is standing right in front of Supreme Soviet building. 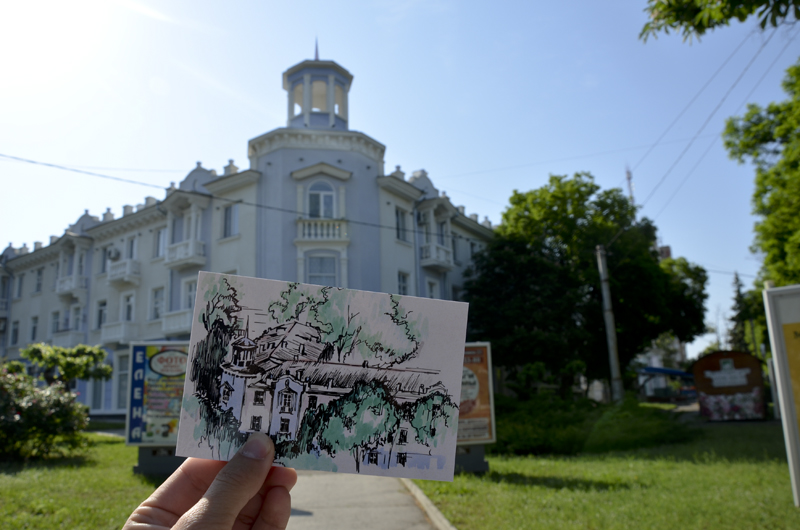 4. You cannot stay in Transnistria longer than 12 hours

Show your passport at the border control post and you will get a paper – visa/migration card. It is free. You can stay in Transnistria up to 45 days if you provide the address of hotel, hostel or an apartment of your residence. If you don’t say an address to the border people – you get transit visa for 12 hours. When you leave the country you need to hand your visa to border officers. 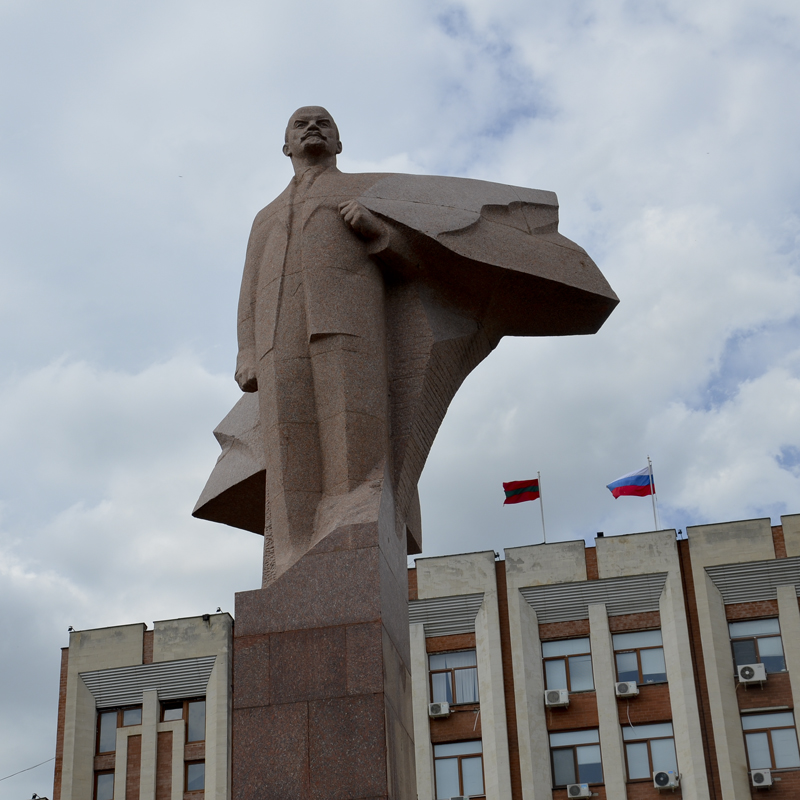 5. In Transnistria you are followed by KGB officer everywhere you go

There is no such routine in Transnistria as officer assigned to you as soon as you cross the border and following you everywhere you go, who leaves you alone only when you pass the border going away. That is a rumor. Enjoy your stay, go sightseeing or soviet gems hunting, do whatever you wish. 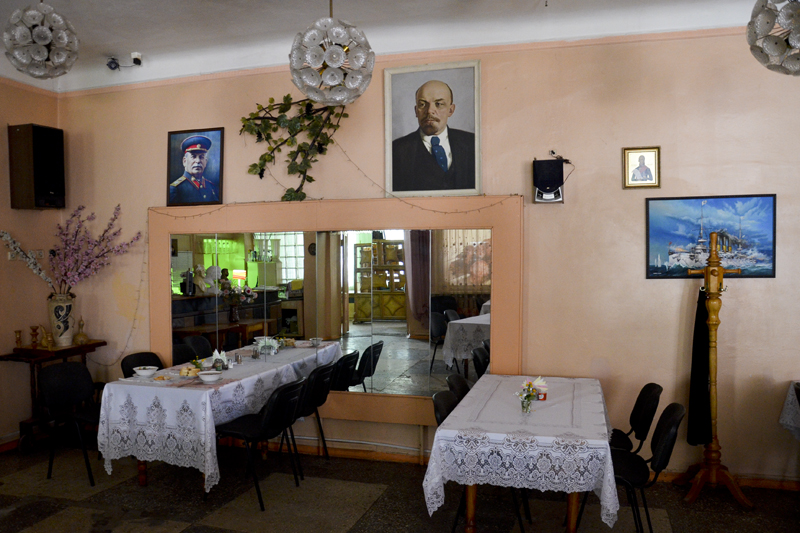 6. You cannot withdraw money in Transnistria

You can withdraw money in Transnistria using your visa/mastercard. Go inside any bank office, give your passport and card to the cashier, tell her sum and currency you want to cashout and you will get your dough. POS terminals are used for international cards withdrawal, do not be concerned about ATMs you see in the streets – they are used for local cards, not international. Not very convenient? What did you expect from off beaten path country that doesn’t exist! 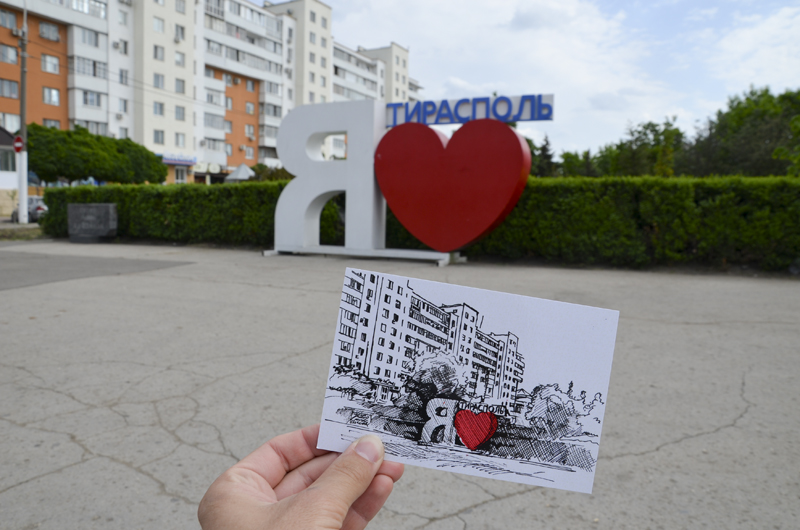 7. Transnistria has no economics

Transnistria has economics, it is a combo of industrial and agricultural production. It has gigantic steel factory in the north, huge hydro-electrical station in the middle and large power station in the south, multiple modernized factories from soviet union and post-perestroika companies. The land is very prosperous, bread and milk product are healthy and good, don’t miss to taste fruits, berries and veggies, not to mention grapes! 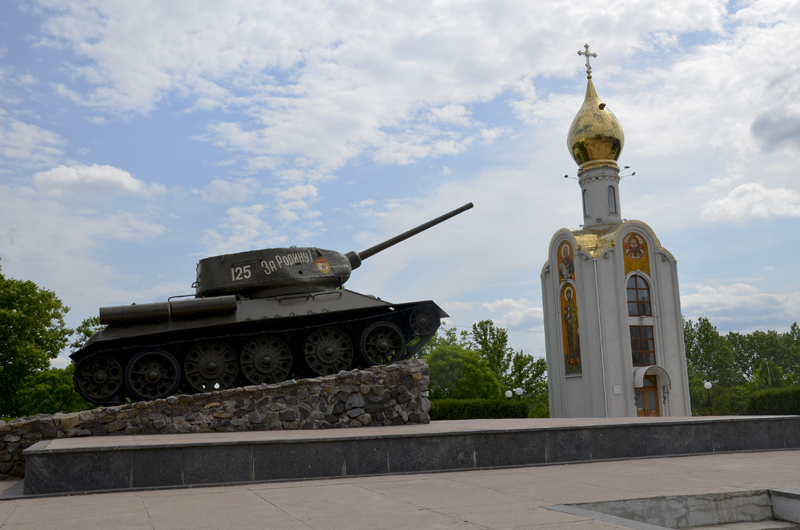 aaa
8. There is nothing to do in Transnistria

Transnistria is a must-see, though it is still a bit known for “back to USSR” impression and tasty cognac. But it is more contrast than that – unique atmosphere and southern hospitality, soviet and modern entourage, town and rural, traditional cuisine and modern trends, all in the immediate vicinity. Try to get some home made wine, it is relatively cheap and taste local beer, there are three different breweries in Transnistria by now.  I highly recommend to change life for better in every place you travel and support local guides and manufacturers. Best option to make the day unforgettable and delve deep into the real Transnistria and life of the folk, is to go explore with local guide.  I do postcards with my drawings and budget tours through top attractions and hidden gems of my country, if you give me a chance to present you my country, you won’t be meeting a guide. You will be meeting a friend. 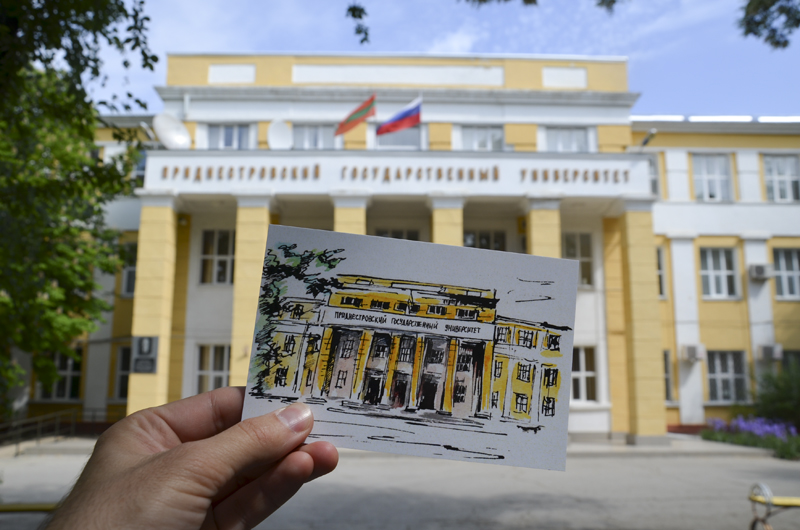 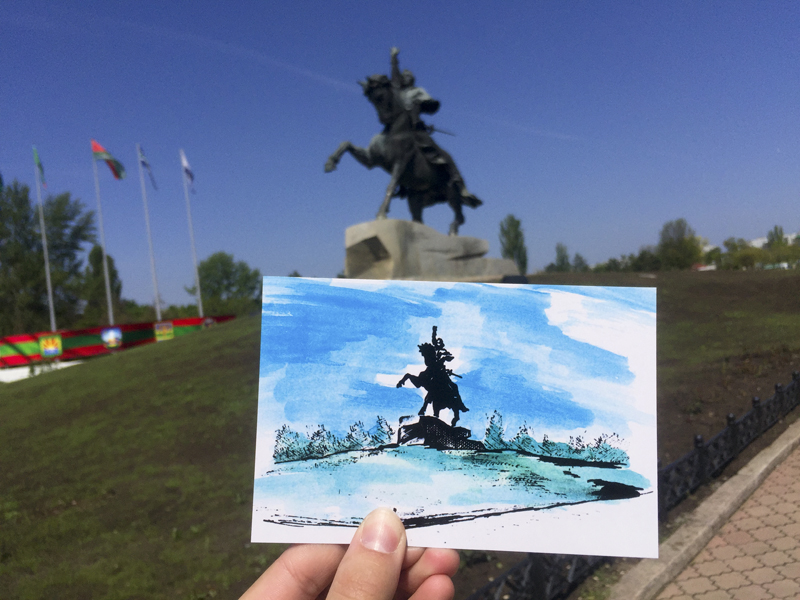 9. Transnistria is the real name of the country

Transnistria is a western word that 99,9% of locals have never even heard. Official and common name of the country is The Pridnestrovian Moldavian Republic (Pridnestrovie) or PMR. Abbreviation ПМР. РМН, ПМР can be seen on coat of arms under hammer and sickle.  You won’t find the word Transnistria in any official documents of the republic.

10. You will never go back from Transnistria

Last insane myth about Transnistria: when a foreigner is visiting Transnistria, Moldovan customs doesn’t allow him to pass the border back, strictly speaking – doesn’t allow him to leave Transnistria. No comment. Ah, I changed my mind already, let me comment. The truth is Moldovan customs don’t even look at you when you pass the border to Transnistria, no matter what direction you go, in or out. The passage between Moldova and Transnistria is only controlled by Transnistrian side. You get free visa and no stamp in your passport, because the country is unrecognized.  You give this visa back to border people of Transnistria when you leave the country. So finally no any trace of your journey. Let as to briefly summarize, there is no problem with Moldova after visiting Transnistria, you really can leave the country.  But you wouldn’t want to and definitely would wish to come back again. 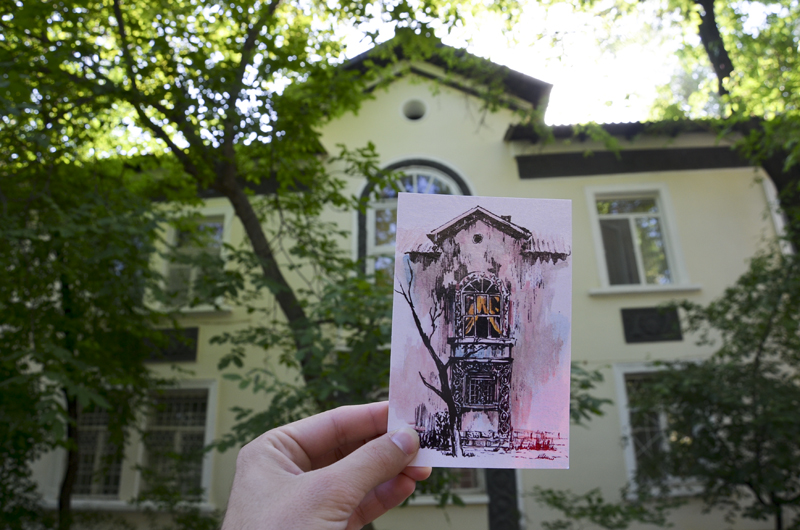 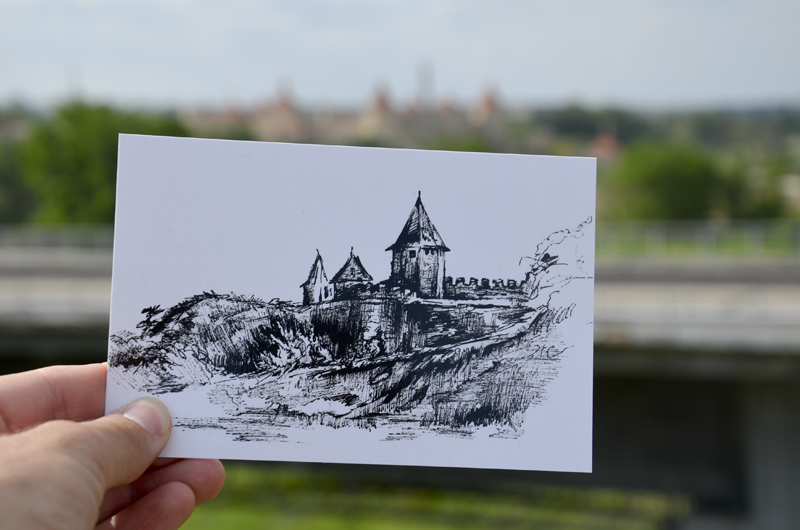 Anton Dendemarchenko, urban sketcher and sightseeing hunter, experienced tour guide and true admirer of beauties of his native land. Author of postcards set and unique maps with his drawings of Transnistria, founder of “Free walking touR” in Tiraspol. Anton tours combine classic “look to the left, look to right” part with forays for true explorers and adventurers, spending a day with him is not a tour but a journey though highlights and secret crannies, beautiful panoramas and impressive lost places from soviet era where no one else goes, when he is not only a storyteller but a conductor to genuine Transnistria and its people you may pass by during your trip. 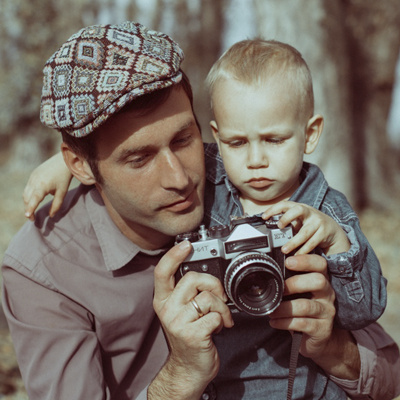